Media reports earlier this week indicate a Cassowary Coast Regional Council employee was caught with more than just his pants down. The council’s executive manager Bill Davis was allegedly skinny dipping with a female co-worker during work hours. Mr Davis has now been suspended following the incident which occured at a restricted waterway near Tully on Monday 26 November 2018. Reports also indicate the female employee was stood down. 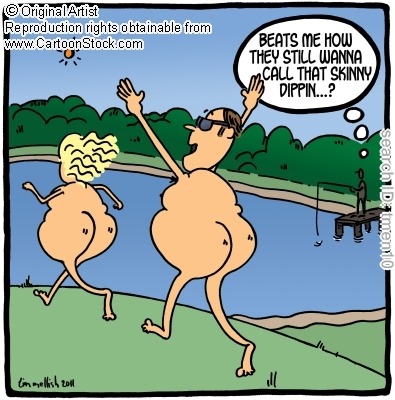 There certainly appears to be a trend developing in Cassowary Coast Regional Council and indeed local government. Our research indicates in June 2017 the Cairns Post reported “Claims former Deputy Mayor used adult dating website dismissed.” The allegations stem around the former deputy Mayor’s use of Grindr, “the world’s largest social networking app for gay, bi, trans, and queer people.” It’s not the first time a local government authority has been involved in such appalling conduct. The driver of the Former Mayor of Ipswich City Council Paul Pisasale has told authorities “Mr Pisasale visited massage parlours across south-east Queensland two or three times a week on average and met developers at establishments in Brisbane and on the Gold Coast known to offer young Asian prostitutes.” [3]

That now brings us to the crux of this post.

Steve and Julie-Anne Toogood are from Mission Beach in the Cassowary Coast Regional Council area. The couple own and operate a business that specialises in “social, virtual, digital & online marketing”. On the 29th of November 2018, The Toogood’s appeared before The Honourable Justice Peter Applegarth to defend a Vexatious Proceedings application brought on by Cassowary Coast Regional Council and numerous other parties.

What is a vexatious litigant?

According to the Queensland Courts website, a vexatious litigant is “someone who persistently begins legal actions but doesn’t have sufficient grounds for doing so.” The purpose of the Vexatious Proceedings Act 2005 legislation is to prohibit declared vexatious litigants from instituting court proceedings without first applying for leave from the Supreme court, intended to prevent wasting valuable court resources and time.

A vexatious litigant is often a self represented party that has a rather obscure understanding of the law. These are usually the type of people who stand up in court and tell the Judge they have no constitutional right to be there or refer to the Magna Carta in their legal arguments.

In Queensland, there are currently 27 individuals on the register. The example of Edward Amos is an interesting one. Mr Amos is the most recent Queensland citizen to be added to the list. In 2016, the 75 year old man was ordered by the court to pay Brisbane City Council $807148.28 in unpaid rates [1]. Mr Amos has atleast 8 properties in his real estate portfolio and whilst we have no evidence to indicate Mr Amos is crazy, we do know he is one of the leading authorities used by Prosecutors and Lawyers across Queensland to recuse a judge on grounds of apprehension of bias. [2]

According to the Originating Application filed in the Brisbane Supreme Court, there are a total of 10 parties listed (identified as i to x).

The applicants were represented on the day by  Mr Greg Humphries (Connolly Suthers Lawyers) and Mr Donald Fraser QC.

Mr and Mrs Toogood appeared on their own behalf not represented by a lawyer.

There appeared to be some procedural issues with the originating application which required the applicant to apply for leave to file an amended version. For a majority of the time, Mr Toogood (the first respondent) took the stand at the bar raising issues such as “lack of particulars” and referred to the copious amounts of documents filed by the Applicants, specifically an affidavit that had about 1,000 pages. Mr Toogood also expressed his concerns about having the hearing heard on the day. He said “The Queensland Courts ecourts website says it’s a directional hearing today not a hearing.” His Honour was very understanding and made orders for the matter to be set down for a date in 2019. His Honour also made an interim order preventing either of the Toogood’s from commencing any new proceedings, referring to it as a “ceasefire”. 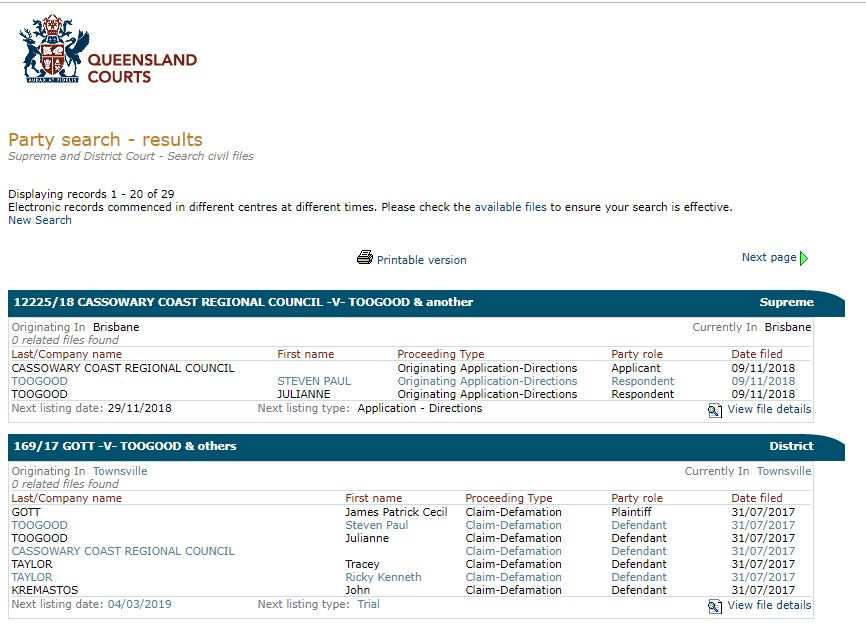 A quick glance through the materials filed by the Applicant reveals some very interesting information including 91 references to Grindr and screenshots of Grindr conversations including redacted pictures of what appears to be of an “explicit” nature.

Legislation has the potential to be misused because of the limited access to justice many citizens face. Legal Aid is not available to everyone and it’s not cheap to lawyer up. This is one of the reasons why people are self represented and miscarriages of justice occur. It is already evident that stalking legislation is being used to silence Government critics, even the Government’s own public servants such as Queensland Police Service officer Paul Carney [5].

Organisations such as the LGAQ and Cassowary Coast Regional Council have an almost unlimited bank account and aren’t afraid to commence litigation even if their case against a party has no merits. Sometimes the whole purpose of the litigation is to deplete a person of their financial resources which will most certainly ruin their life. Litigation is also a good way to disable ordinary folk from actively being involved in democracy and it sends a message to others not to speak up.

Privaatei is worried in the very near future,  people will be too afraid to speak up or do anything because they don’t want to suffer from reprisal. Fear controls people and we are already on the way to living under a totalitarian government regime.

Is a Vexatious Proceedings application the new way to silence whistle blowers? 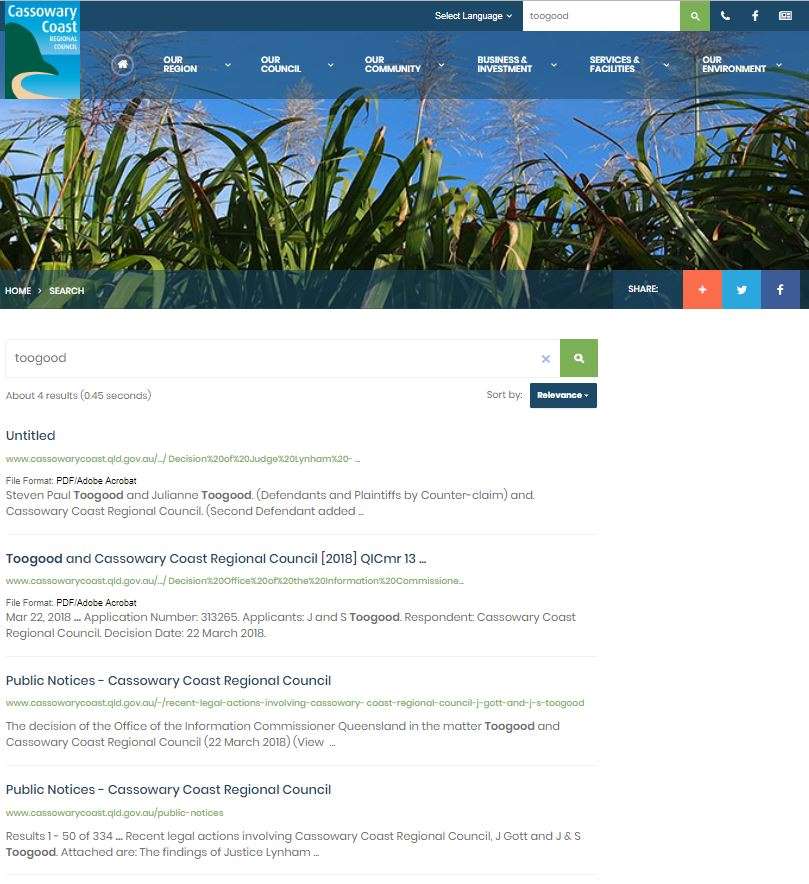